Kieran gets a medal for his mettle

Kieran has been working hard to get the payload up and running and is buttoning up the GOAT. 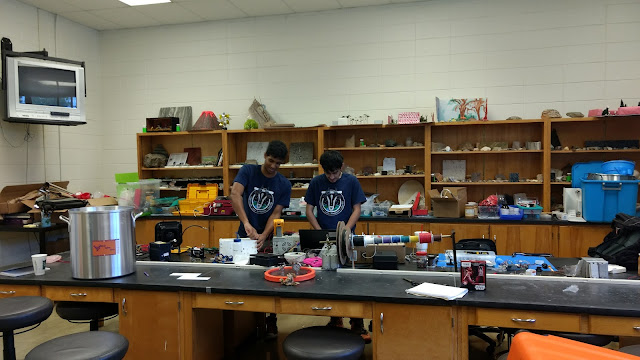 Erick is here assisting and got the memo about the shirts.

I hope Dan wears his shirt, and brings a pillow, cause it gonna be a long night.
Posted by Julie at 3:00 PM No comments:

Durham, we have a problem

A BME miswire has shut us down.
Posted by Julie at 11:57 AM No comments: 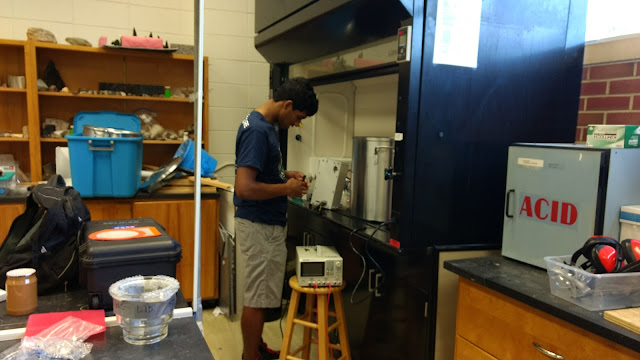 We got up and to DSBF early this morning for what we hope will be a 10 hour endurance test in vacuum. 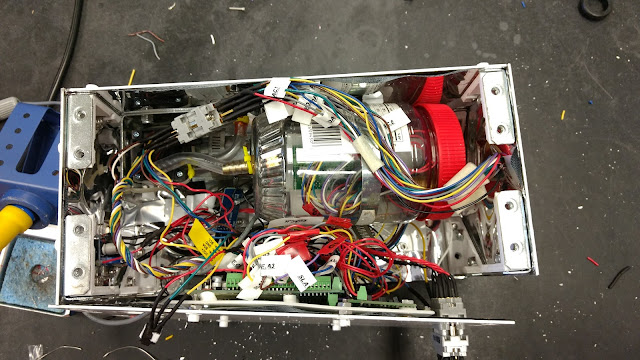 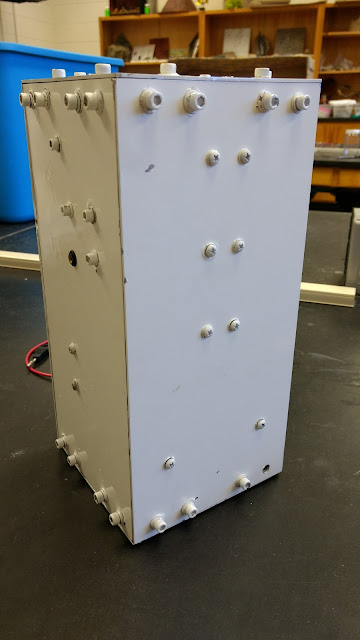 The GOAT is ready for a close up and the wiring looks a lot neater now.  We're still having issues with paint chipping on the outside and Dan is not thrilled about that.

We set up the GOAT, got the thing down to vac, got the pump to cycle, put it in the incubator and.....something isn't working...so we just undid everything and now Kieran and Moh are troubleshooting. I have the sinking feeling that I'm in for a long night. 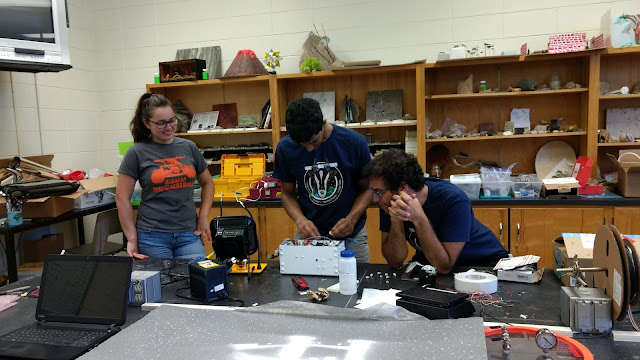 Memes has to keep a blog while he's at his fellowship!

Keep up with his research and give him lots of supportive comments. 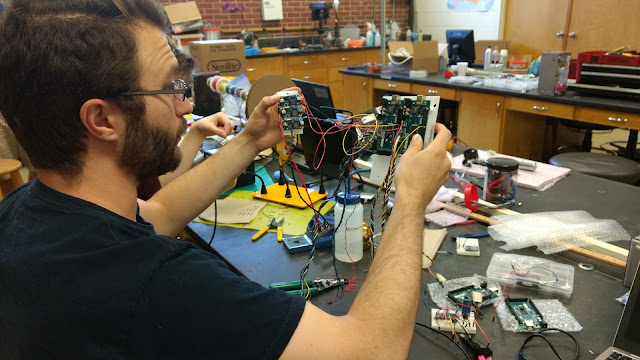 Too Many Dans on the Dance Floor

We've been all about getting together a fully functioning GOAT. 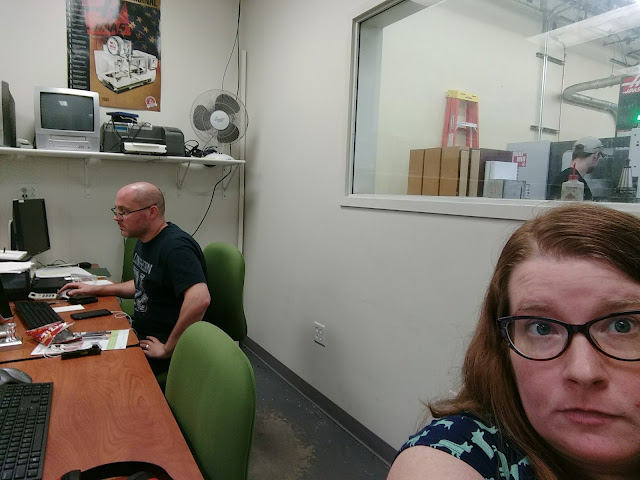 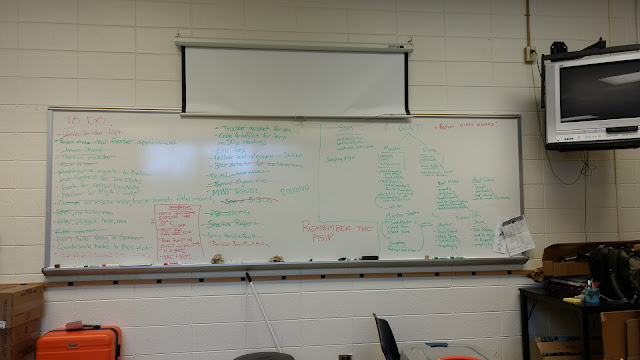 We've tackled all of our "Road to Greenbelt" tasks and added more. 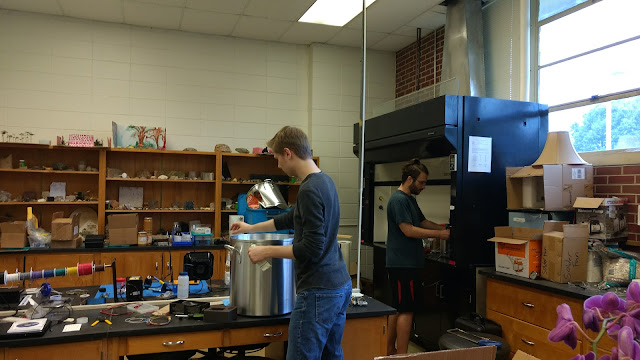 With so many people leaving for internships we've added an "intern" of our own. Here he is greasing the vacuum chamber without gloves as a form of hazing. 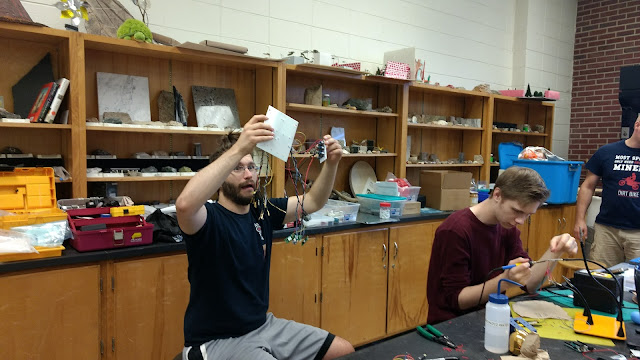 The big push lately has been getting the "GOAT guts" all wired together and ready to roll. We've been trying to get an absolutely completed version of the GOAT for thermal testing. It's been a bit of a slog. Late supplies, new plot twists, low personnel and issues during testing have been challenging. 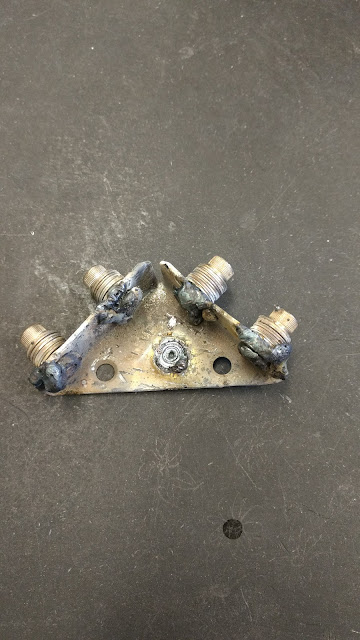 The GOAT is a fully sealed metal box with no hinges so you can imagine that it's a pain in the patoot to put together. We were hoping to weld some of the nuts onto the brackets so that you could put the thing together without being an ethereal octopus. It became clear that the zinc coating was going to make that impossible. 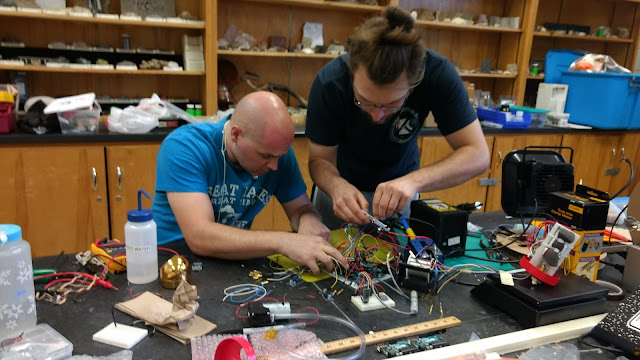 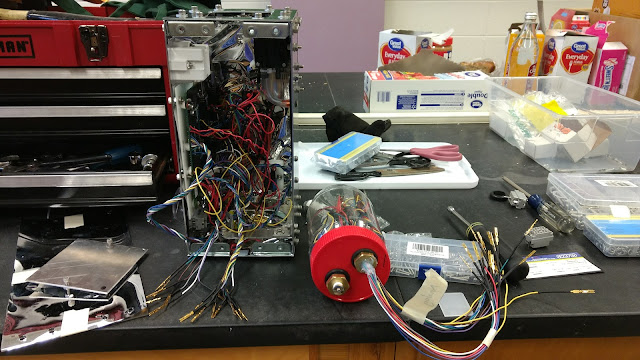 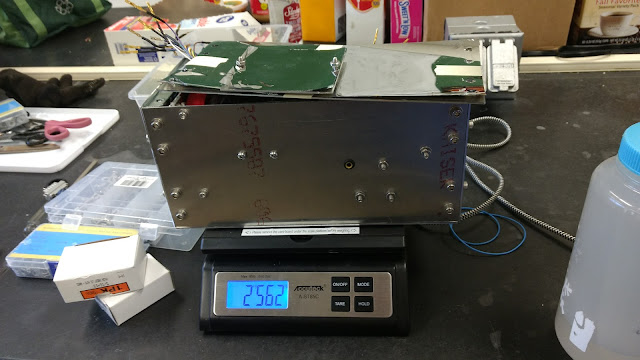 It was pretty exciting the day we got the whole thing together and finally weighed it. After months of staring at it in various reports...here it was! This lifted our spirits quite a bit.

It's sometimes frustrating but things are getting done. The catchphrase on the team when something goes horribly wrong is, "We're learning."

But that's the truth. Every time something fails, it doesn't really, we're learning. This is why we test things and when the test doesn't work it means that we've prevented a disaster on launch day. Then we just troubleshoot the problem, improve the design and learn! 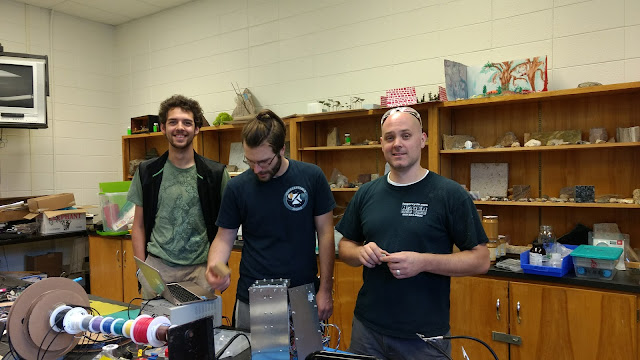 One day we even reached critical mass of Dans. 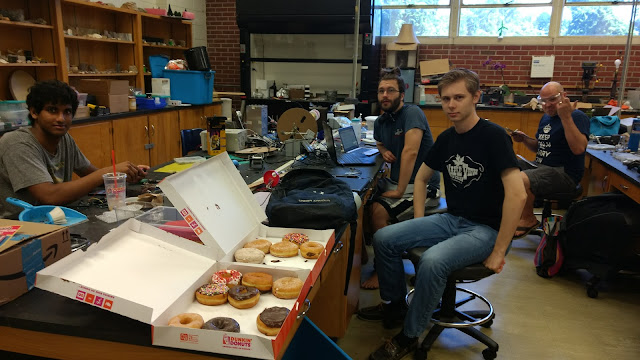 And another day we reached critical mass of doughnuts!

And then finalllllly after two weeks of preheating the incubator, we got to do some thermal testing with the real rig at 50 degrees C. Our early tests show that everything keeps running (yay!) but that the seal on the BABI starts to fail as things heat up. Also, our voltage regulator kicks out a troubling amount of heat. 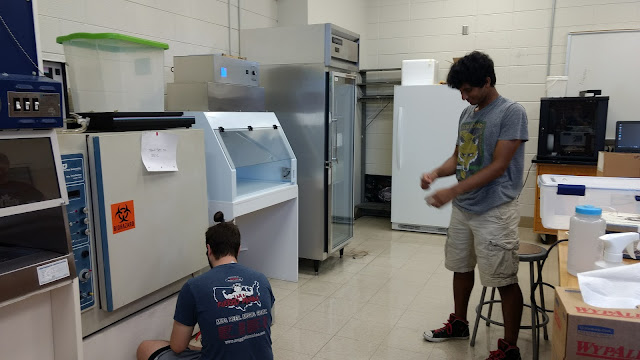 We've also figured out the best ways to test our sensors. 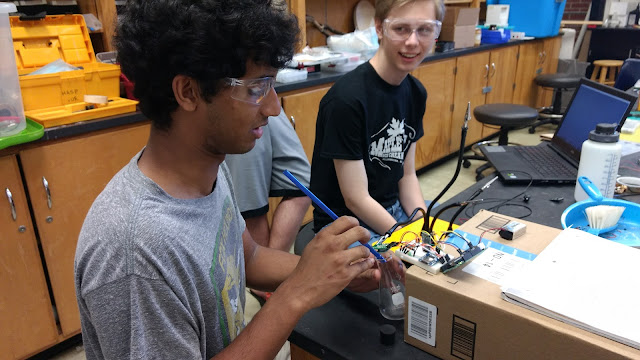 You can seal a match in a beaker and make enough sulfur dioxide to see some readings on the sensors. 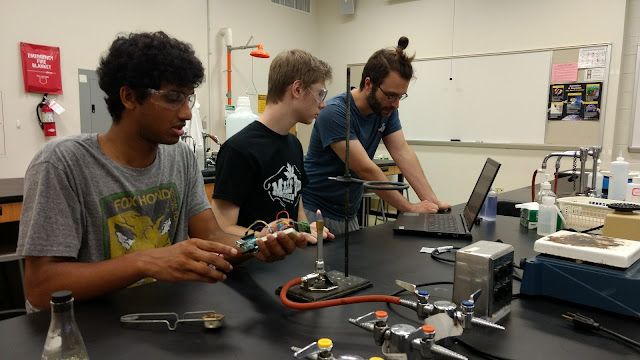 And a Bunsen burner with natural gas will make byproducts that will test all of our sensors at once. 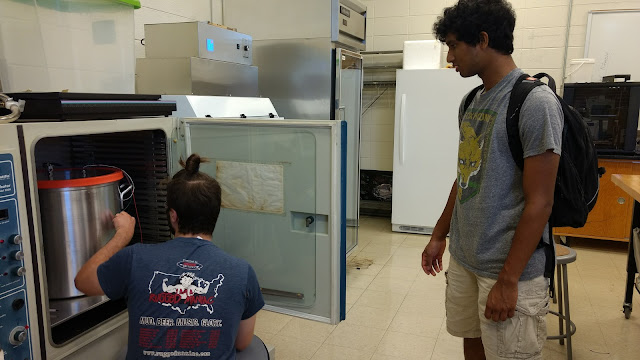 The last thing we did was to test our GOAT in vac in the incubator. It wasn't the best test because it was like a Russian nesting doll of heat. BABI inside of GOAT, GOAT inside vac chamber, and chamber inside of incubator. It took a long time for the heat to get from the incubator into the GOAT. Our pump continued to perform so we're happy about that.

We are going to make some changes to BABI before we move on with more endurance testing. We're down to a small crew, summer is getting busier and time before MINI is limited.