How has it been almost a month since my last post? We've been busy, for sure, always...but wow! Time flies.

We've settled on a project. Say goodbye to GOAT and say hello to RAM.

Robotic Arm Manipulation and Materials Matching (RA(M3)) will require the team to engineer a robotic arm that will be mounted in our payload. This arm will perform simple tasks such as toggling switches, twisting objects, and opening/closing velcro flaps as one might while refueling a satellite on-orbit. We're calling this the Busy Box. Our experiment evaluates the impact of extended use in extreme conditions: traditional lubricants evaporate in low-pressure environments, the experiment will be in direct and uninterrupted sunlight, and heating/cooling must be carefully controlled in the absence of convecting atmosphere. Over the duration of the flight we will measure any degradation in performance, response time, and accuracy. We will also test efficacy of computer-vision, both for autonomy as well as for closed-loop feedback during operation.* 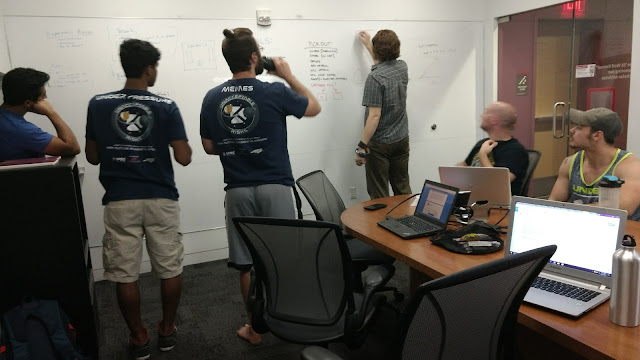 We've had some tURnover on the team. Some of our members have left to focus on other pursuits and gear up for tough academic loads. But we have also added on some new faces who are excited about our new direction. Say hello to Meredith and Laura! (Nicknames pending.) 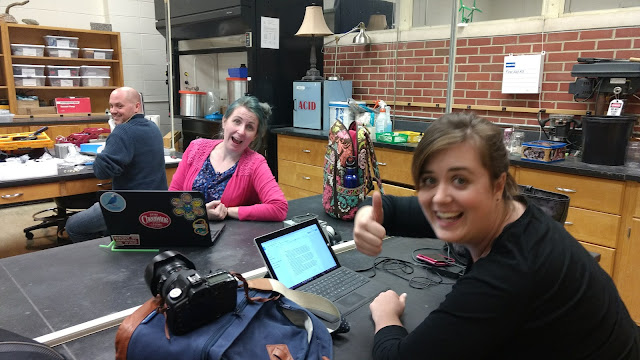 We're all super excited about robot arms. We all enjoyed parts of GOAT but RAM has really invigorated the team.

We used some of the funds we had leftover from GOAT to buy some off the shelf robot arms. We want to see what's available, get a feel for the different materials, check out how the arms move, and just get a feel for what we like. Ultimately, we want to build our own from scratch.

Unboxing these kits was like Christmas morning and the team spent some time struggling with doling them out slowly and building them together vs just tearing into them and getting them operational. Gleeful construction won out and we ended up attempting to put all of the kits together at this meeting. 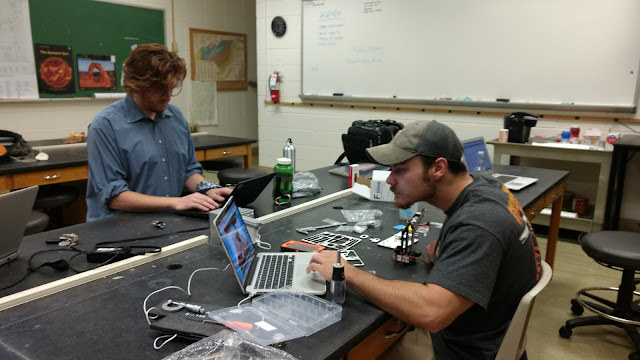 The Dans worked on this really slick looking, metallic blue one. 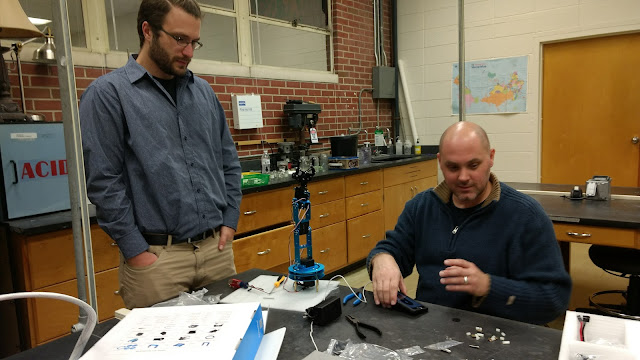 Noah got the "toy" one which was hilarious because it was the worst to put together, had the most parts, and was probably the least fun of all of them. 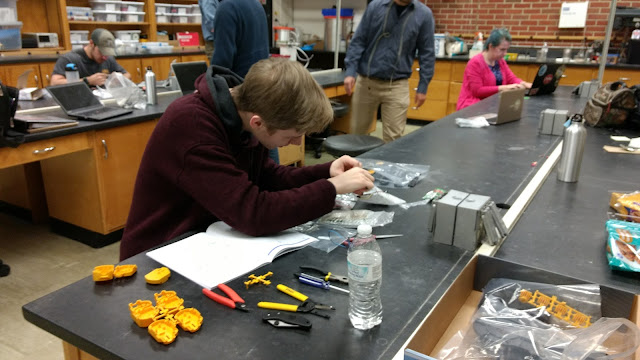 Somehow it became a race! 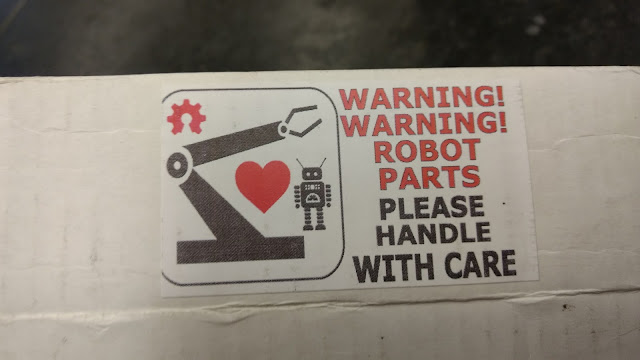 Noah's arm isn't finished (we can't blame him) and we didn't have time to power on the other two. Next week's meeting is going to be really fun! We've been working quietly on reports and grant applications for the last few meetings so it's going to be nice to have a raucous robo rodeo.

*This has been pilfered from our abstract so be prepared to see it again.
Posted by Julie at 11:05 PM 1 comment: