Landon Fernandez is one of the newest additions to the Unacceptable Risks and he is a senior at North Carolina State University studying aerospace and aeronauatic engineering, or as he says "how air goes over wings".  Landon has stepped in to fill the much-needed electrical engineer role on the team and has been tasked with creating all the wiring diagrams for the robotic arm and the Busy Box, as well as finalizing the layout of knobs, buttons, and doodads that the arm will interact with.  The team has a couple of stretch goals for the arm, including pulling back a flap and doing and re-doing a strip of Velcro. Landon has been working on building in proximity sensors that will let the arm know when it has pulled the flap or Velcro away, which will work in conjunction with the computer-vision set up. 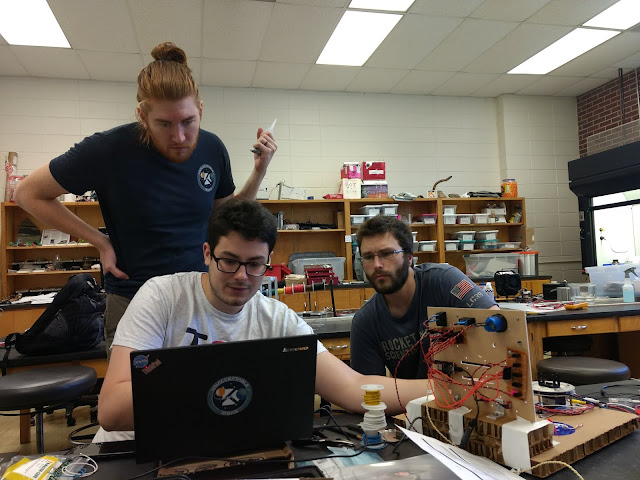 When he's not working on HASP or toward graduating, Landon dances with the Break Fast Club, NCSU's break dance team. He is set to graduate next semester and plans on attending grad school, hopefully somewhere outside of North Carolina so he can experience somewhere new.