It was important to the team to make our own arm from scratch even though prefab robotic arms are available on many websites. We purchased 3 arms at the start of the project so we could learn about what we liked and disliked about the different features. It's safe to say that we all know a lot more about robot arms than we did in December. Most of it was learned the hard way.

A big thing that we've learned is that your arm is only as good as your design. After some trial and error we discovered that it was a good idea to 3D print the arm to prototype it before you went through all of the work of making it out of metal. Our machinist, The Gunshow, made our first arm and gripper over the course of several late nights.

The Gunshow is so good at machining, thanks to the skills that he learned at Durham Tech, that he earned a big promotion at his day job and soon became too busy to handle the work we were throwing at him. That left us with a problem. We don't have a bunch of options for cutting metal with any kind of precision at the DSBF. 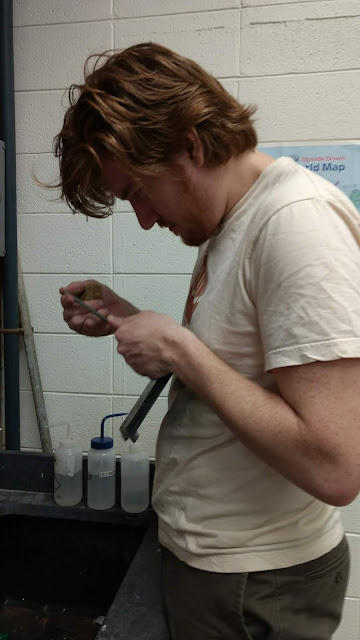 Dan using whatever he had for lunch as a power saw.

This project requires a lot more fiddly metal work than we can achieve with a hand saw and a rock so it became very important that we find a machinist. Most local companies were too pricey, too backed up, or unwilling to do a small job like ours. We redesigned around the problem in a few ways but what we needed was a hero. 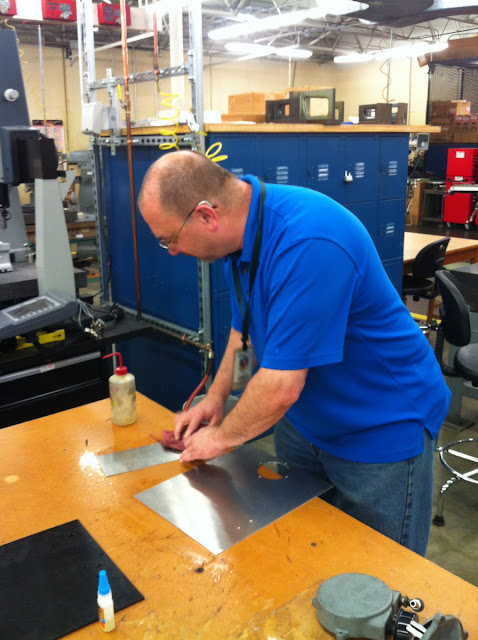 Mr. Stallings at the Durham Tech machine shop has swooped in a quietly made a bunch of essential parts for us. These were things that we couldn't manage any other way. This freed up time for The Gunshow to do some smaller items for us and moved us past a gnarly block in production that was causing work to become stagnant. HUGE THANKS to Mr. Stallings! If you live in the area and you've thought about learning machining you should take his courses. (And then let us know so we can put you to work.) 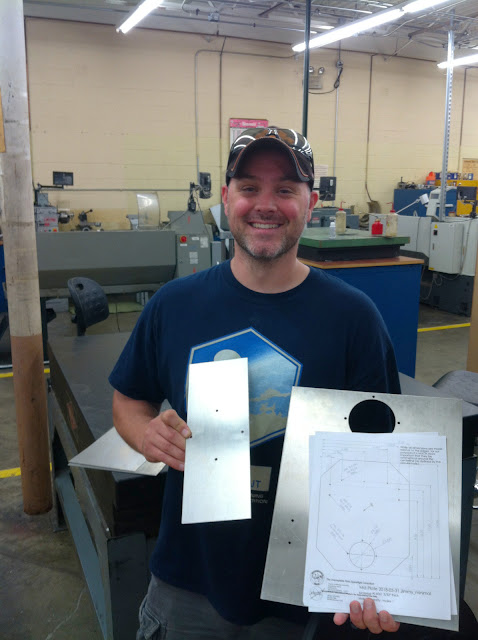 We had a big build day on Thursday because The Charm brought in a saw.

Spencer Lee, nickname Smooth, did a ton of fantastic work for us in a short amount of time. We wish that he'd joined us earlier but it took us a while to poach him from a rival school. 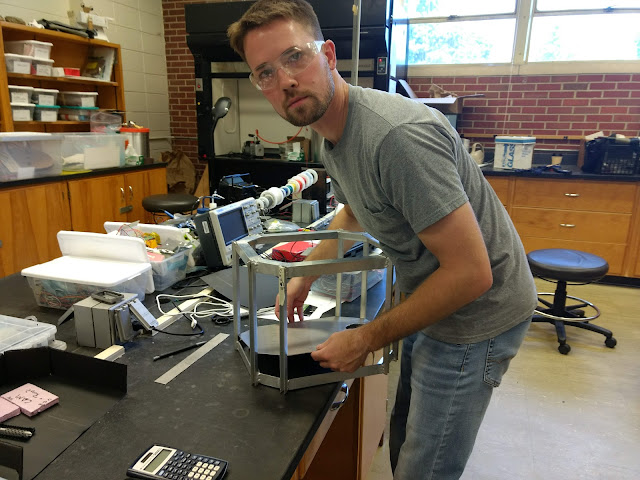 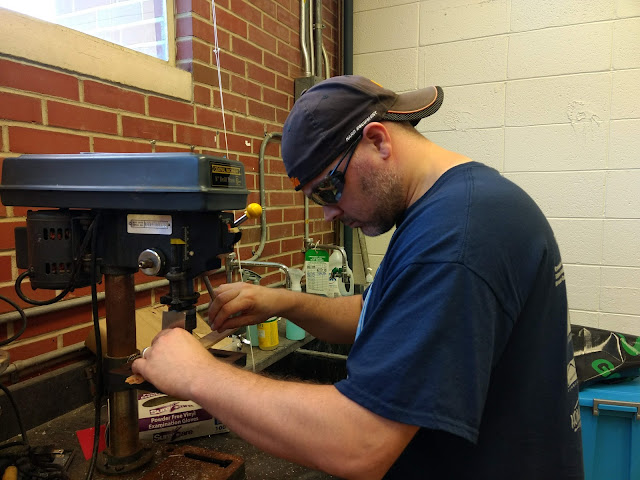 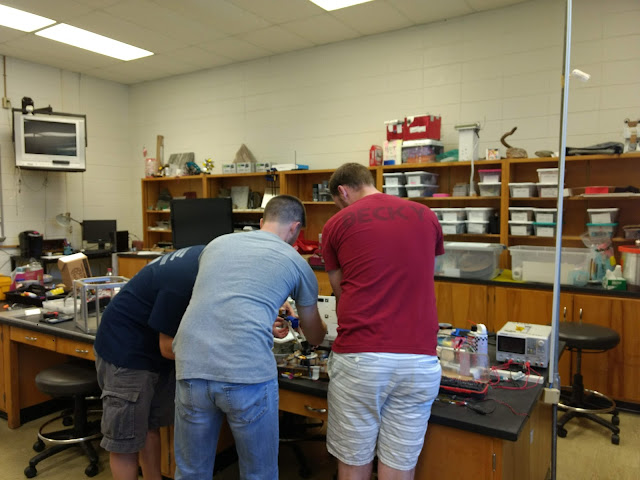 After a flurry of activity we finally started getting done the things we we've been agonizing over for the last month. 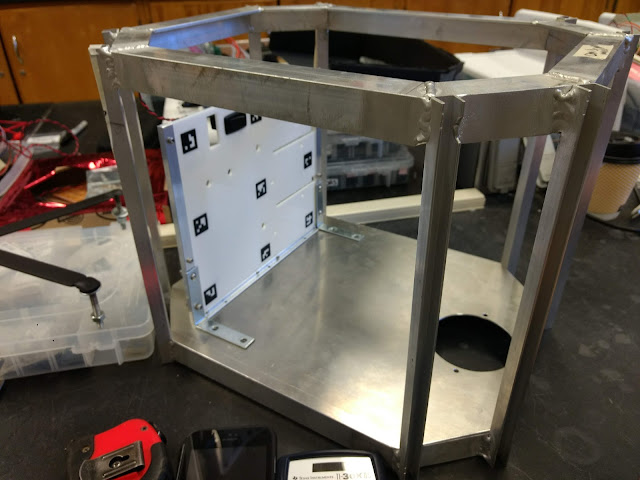 Smooth was so good that we challenged him to make the B-brackets. He is called Smooth because he wants every part that he makes to be totally deburred and neat. 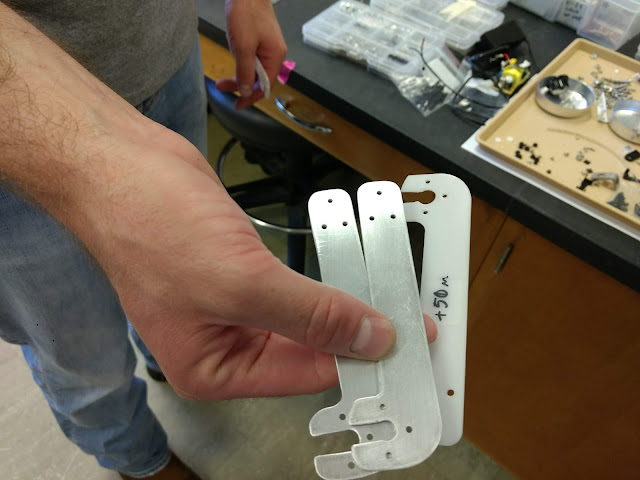 And the stud frame. 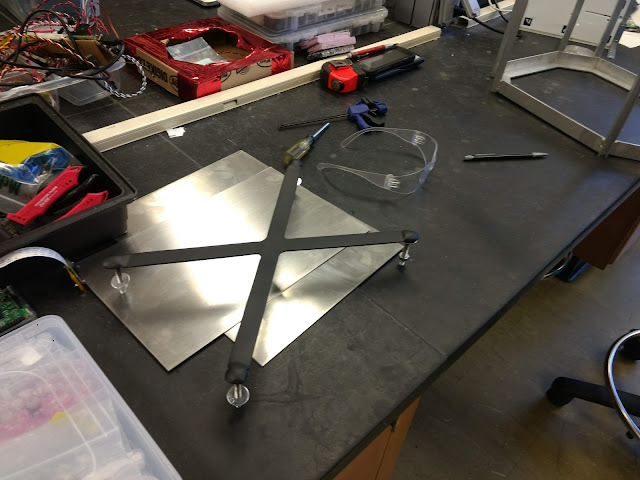 Suddenly all of these critical bits are coming together! 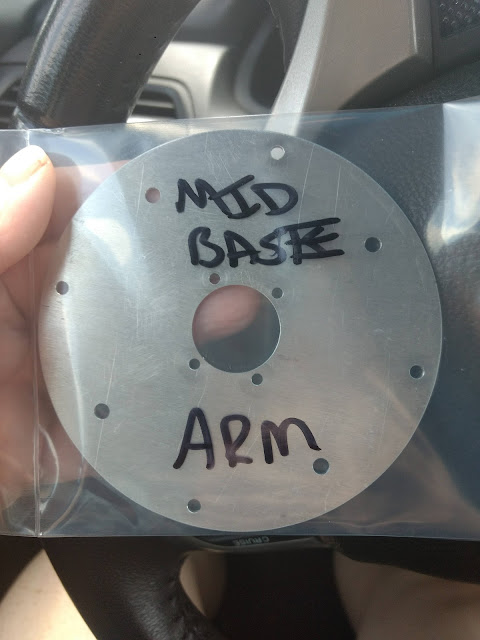