As you can see on the board, our task list for the summer is pretty extensive. So much has happened in the last few weeks that I don't even know where to begin.  May was all about materials testing in the DSBF. 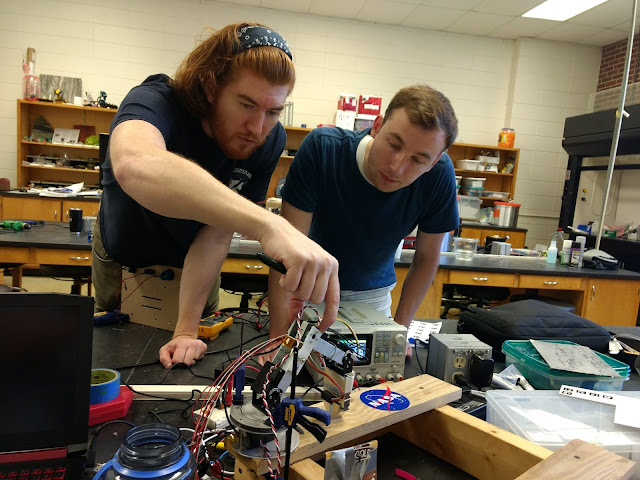 We got all of the pieces together in the payload and checked to make sure that the arm could physically complete all of the tasks that we want it to accomplish programmatically. 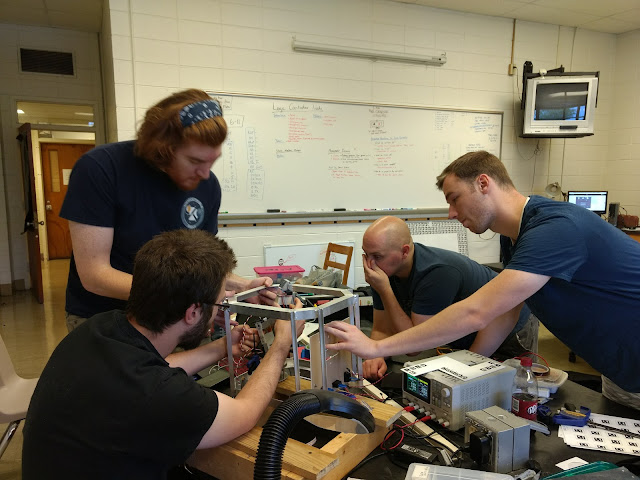 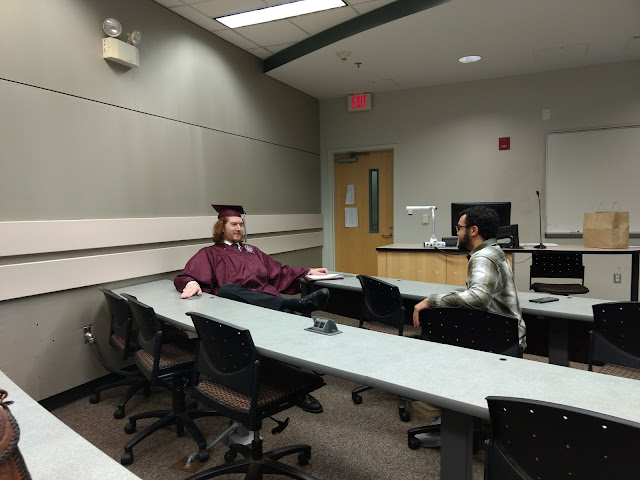 And his family came to visit the lab and see where he spends so much time. 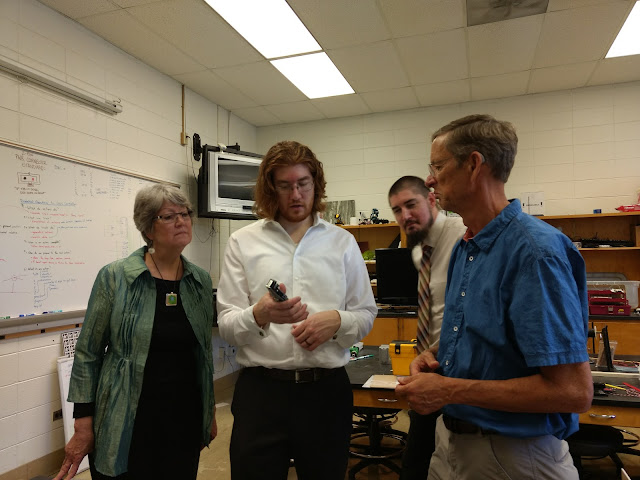 We've been testing our components with our janky T/V set up and making sure that everything can keep working without overheating. Setting up tests creates more work and that can be frustrating and feel like a waste of time, but I believe that testing is one of the most important things that we do. I'm really a pessimist when it comes to materials testing. 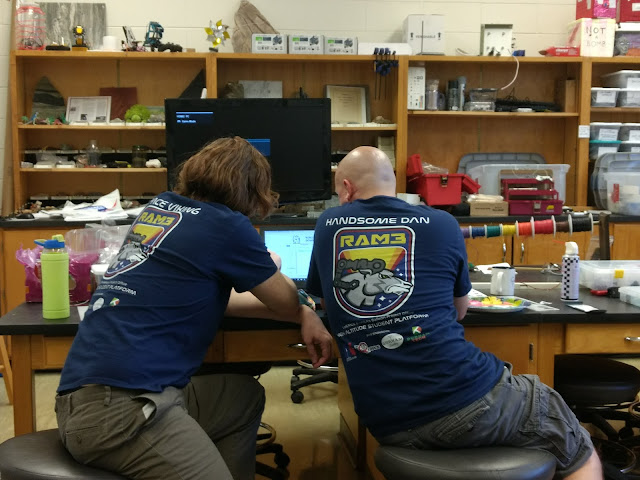 A sad thing that has happened is that Brohams has had to resign due to an increase in family obligations. We miss him in the lab. 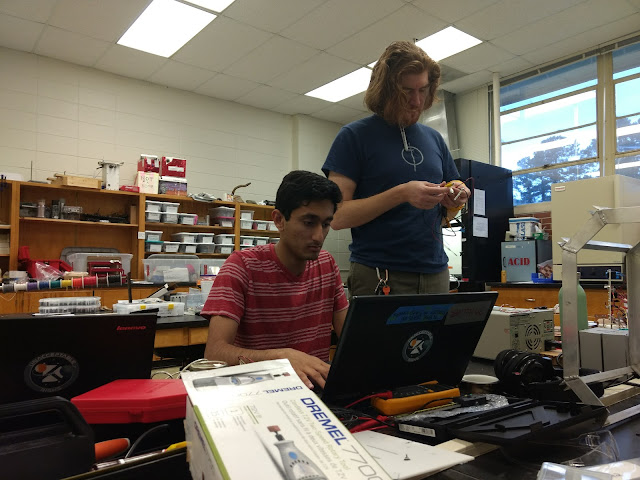 A happy thing that happened was that Jimmy was offered an internship at NASA Goddard for the summer. He had to decide if he was going to take it in a really short amount of time, and I know it was a tough decision for him, but ultimately I think he made the right choice. 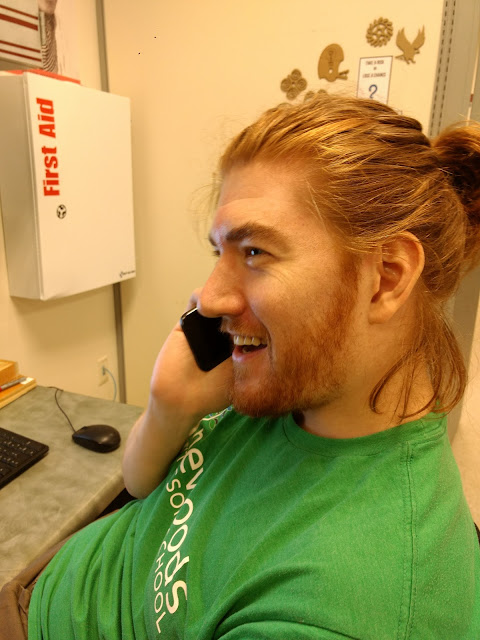 DanKMemes graduated too! I made him an extra special commemorative mortar board. 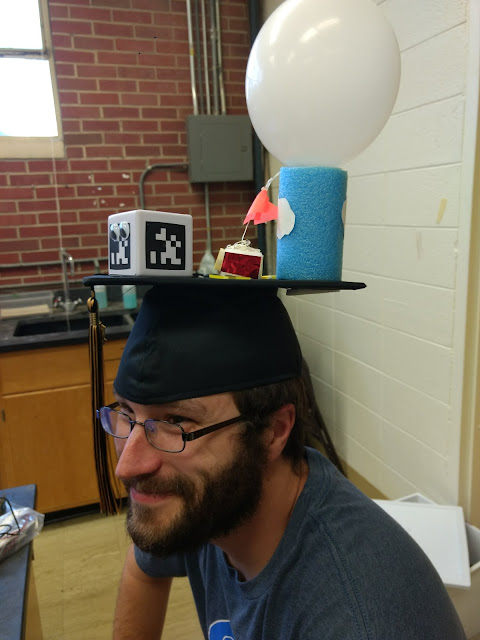 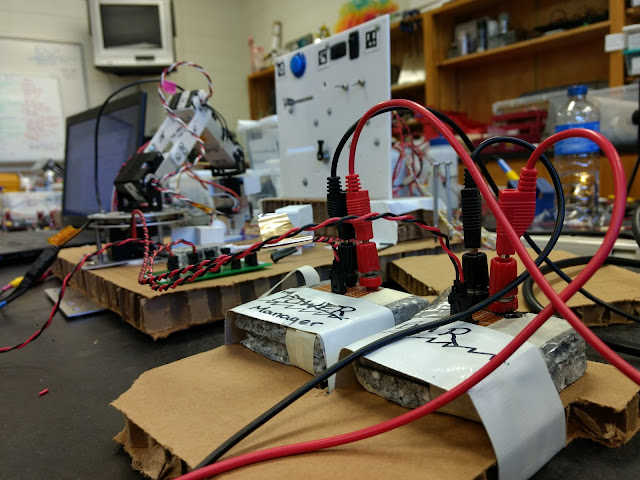 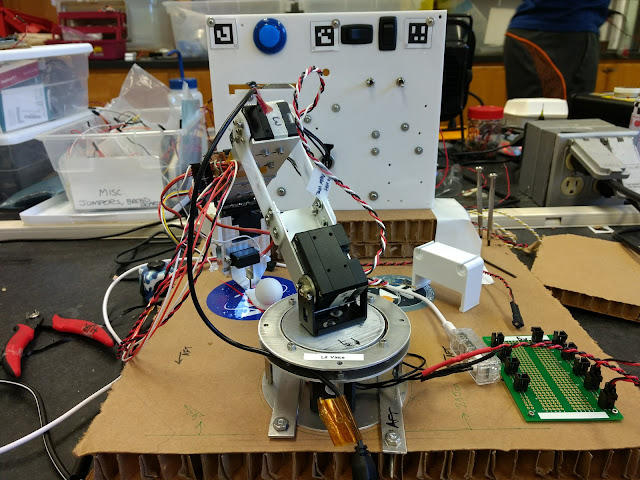 We even test to make sure things stay sticky in space. 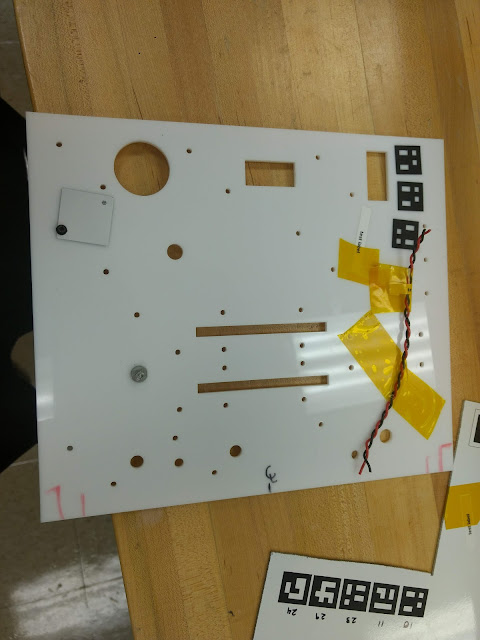 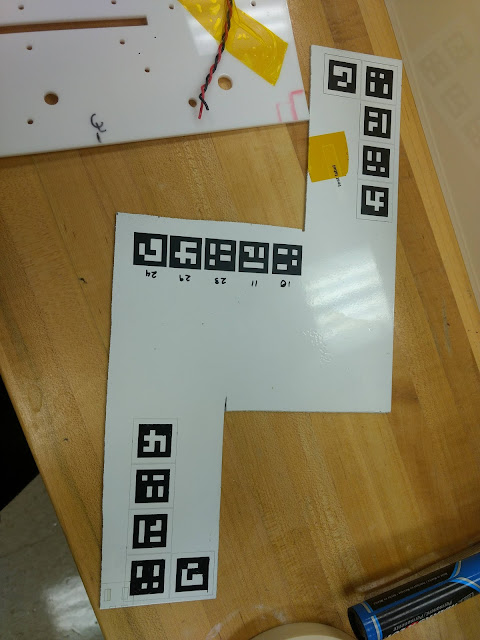 Murr tested the cameras and made plans for the mounting points before she bounced for the summer. 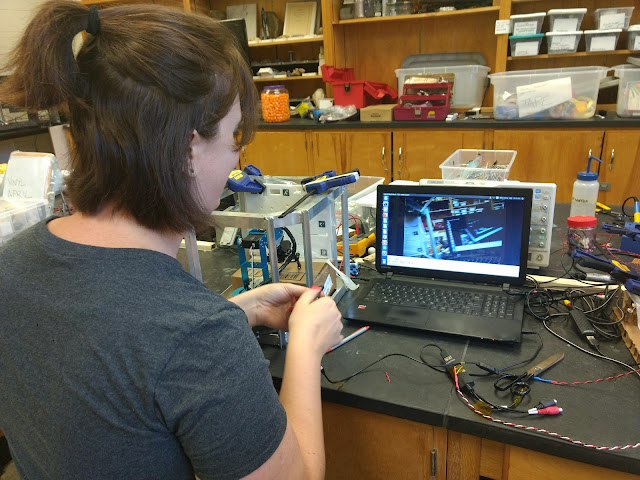 Someone donated a ton of giant coolers to us and we had fun stacking the and moving them around. (And making forts.) 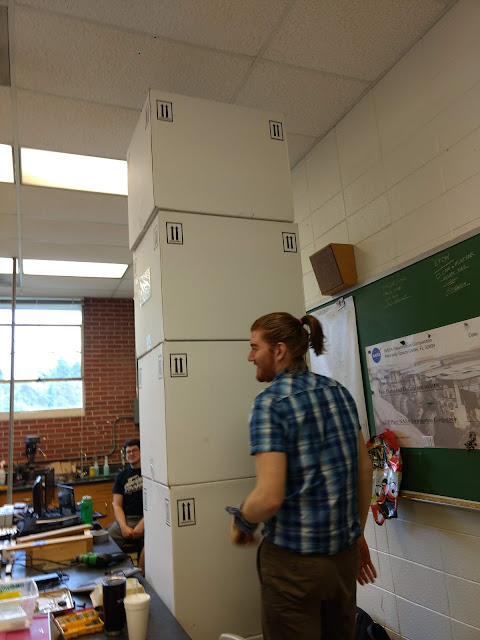 We used magic to put Dan's water bottle on the ceiling. 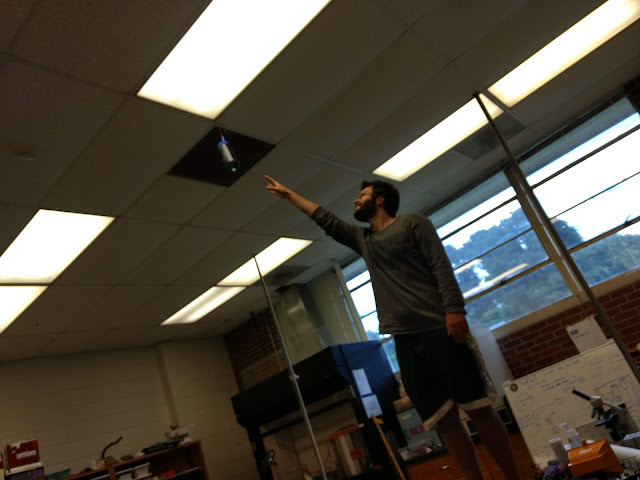 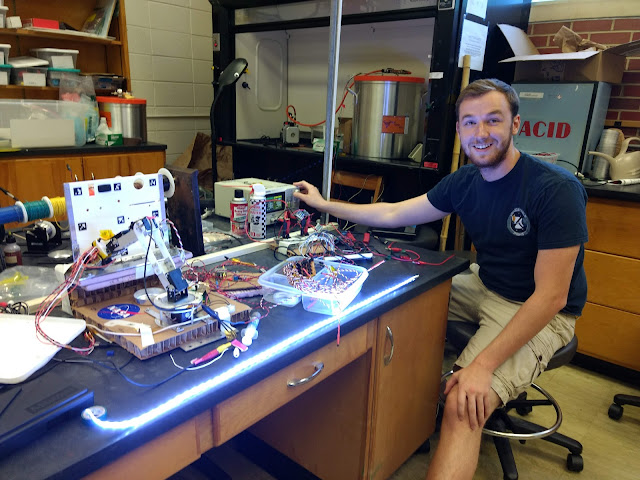 Somehow my tutu ended up on the ceiling. 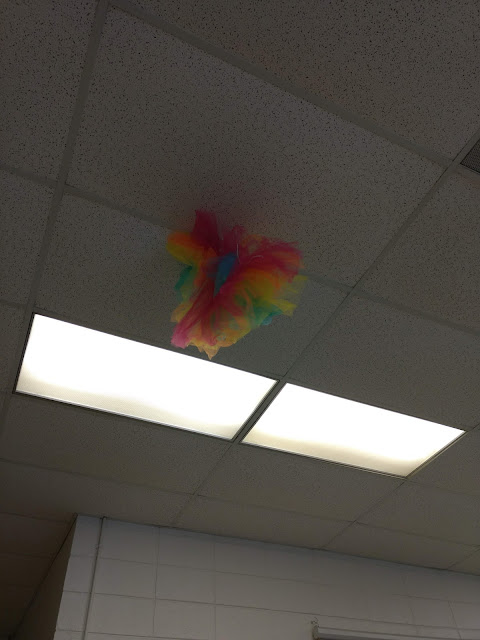 James came by for advising at exactly the wrong time and got hired on for the summer. 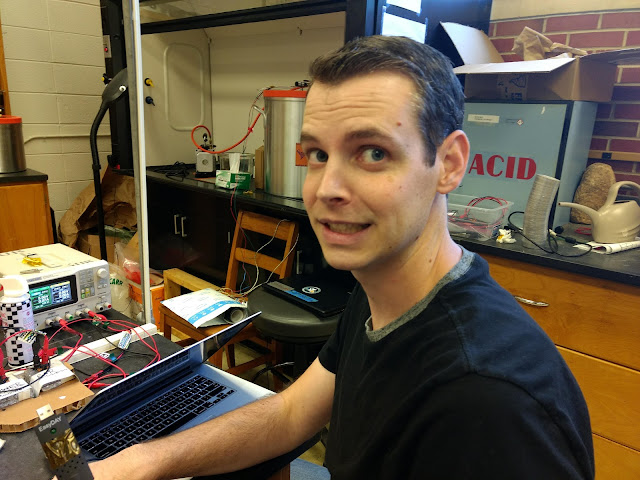 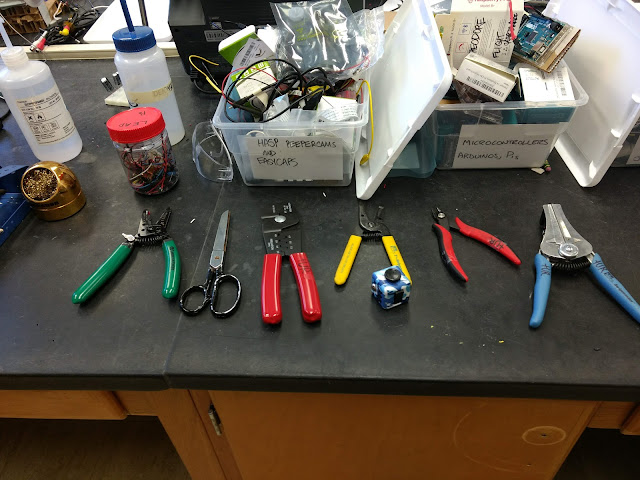 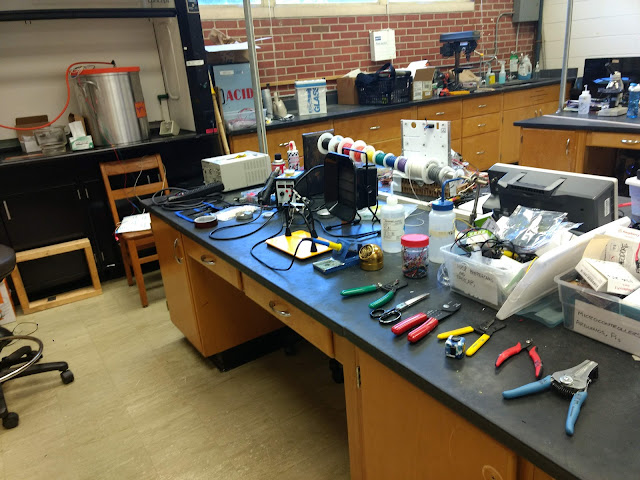 Not enough hours in the day and we're short staffed but everything is humming along.
Posted by Julie at 1:48 PM