The team stayed up late last night putting everything together. It's going to be amazing! Everyone has worked so hard for this and it is going to be great to get to see the results of all these months. I got up early today to make some more predictions for our payload recovery.

It looks like we will be heading near to Aberdeen and Fort Bragg so hopefully our payload doesn't get shot out of the air with an anti aircraft missile or anything. Julie says she can get us on base if we land there, so recovery in that situation hopefully won't be too much of an issue.

A few things made our predictions changed over the past couple days. A low pressure system that went over us on Thursday split once it went out to sea and some of it came back to watch our launch, so it moved our predictions further South, and the jet stream isn't going quite so fast as it appeared it would a week ago. We also have a more accurate weight for our payload which helps to make our predictions more specific.

I have placed last night's predictions and this morning's on a map with x's, and after I run one more set prior to launch, I will add those as well and we should have a good idea of where we will be going. 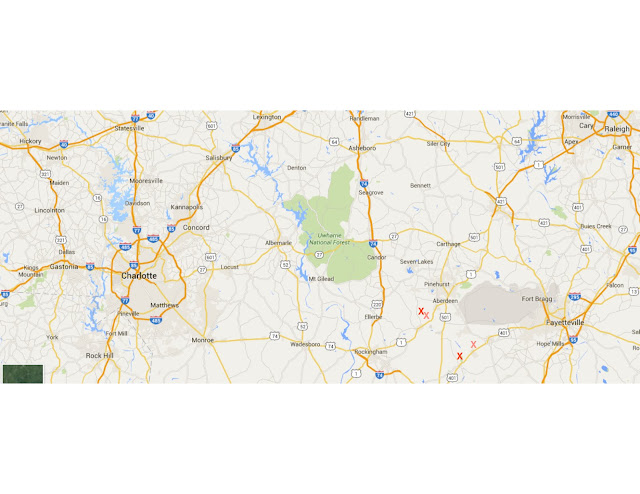 In less than three hours we will watch our balloon fly one mile up into mostly clear skies, and then the chase is on!