Thank You Notes and Heat Testing


It was nice to be back at Caramore to get some work done on Sunday. We had a long agenda to cover and we needed to make it efficient because everyone has a busy week this week. We started our heat testing experiment, chose photos for the competition, made a huge dent in the PLAR and wrote a ton of thank you notes. 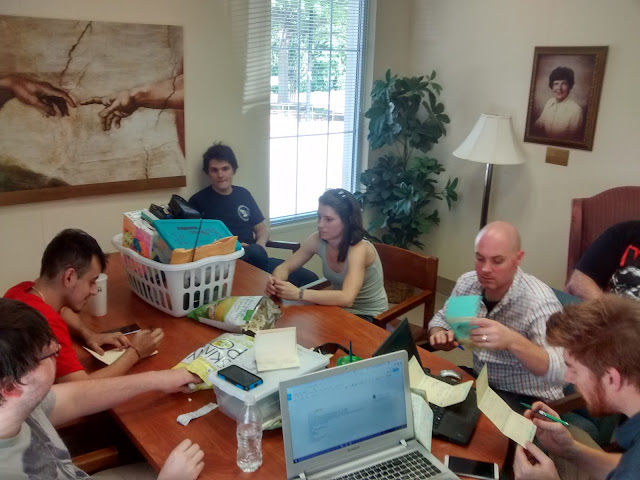 Yes, that's right, when the project manager of your engineering team went to college with a bunch of debutantes you end up with a lot of thank you cards passing through your hands. You can't do a project like this without help and we've had a lot of help from the community. We also made sure to write some notes to the people who let us get our payload out of their tree. 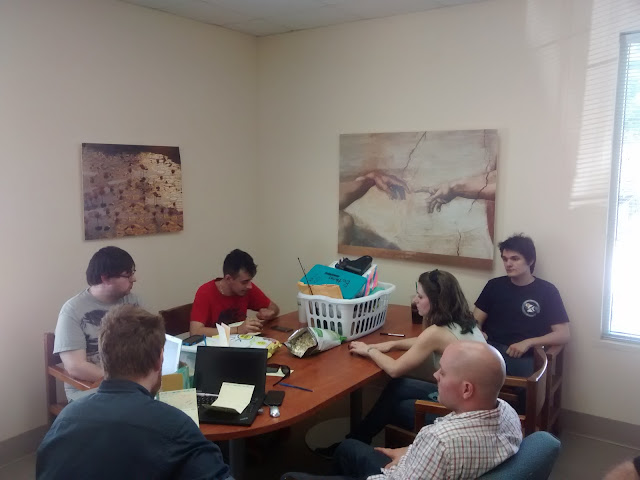 We were also excited to pick out some photos for the photo competition and discuss our strategy for video submission.

This photo is one of my favorites that didn't make the cut for the competition. Something about being so far above the clouds and the shadows under the clouds really makes my skirt fly up. 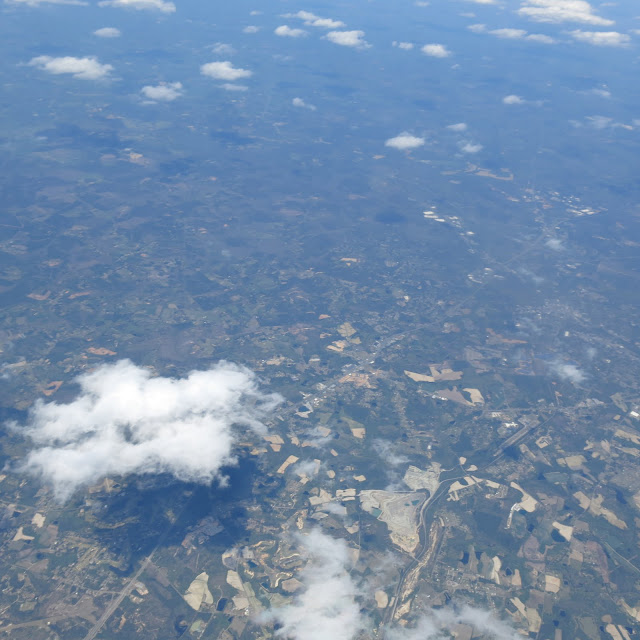 We watched some of the videos on a huge screen in the conference room. Wildcardwell had not seen the launch video and confessed that when everyone was saying to let go he had a sudden urge to just grab the balloon to stabilize it because he'd been holding it for so long. It was just instinct. Luckily, I commanded him to let it go, using what my family calls my, "Teacher Voice"* and he instantly obeyed. If that isn't clear evidence that I should be bossing everyone around all the time, I don't know what is. 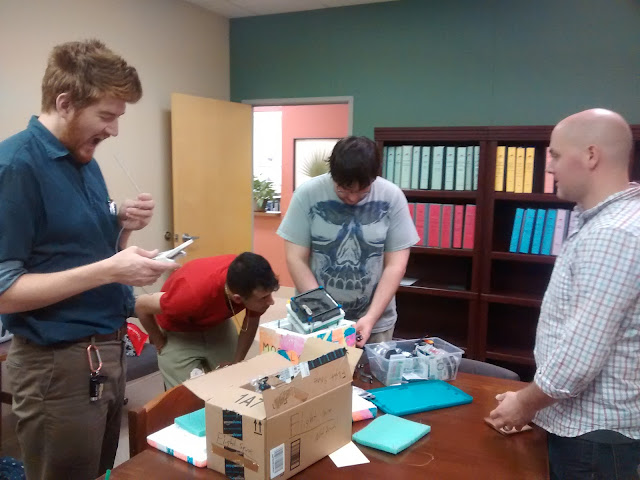 Next up, Jimmy calibrated our thermometer while David, Dan and Erick got our payload flight ready for the one millionth time. Everything was still working from our launch day but we needed fresh space batts on all systems. We were concerned that we had cooked our electronics over launch weekend which caused a few systems to fail. Preliminary testing seems to support this hypothesis but we want to run it again to make sure we have the best data for the PLAR. 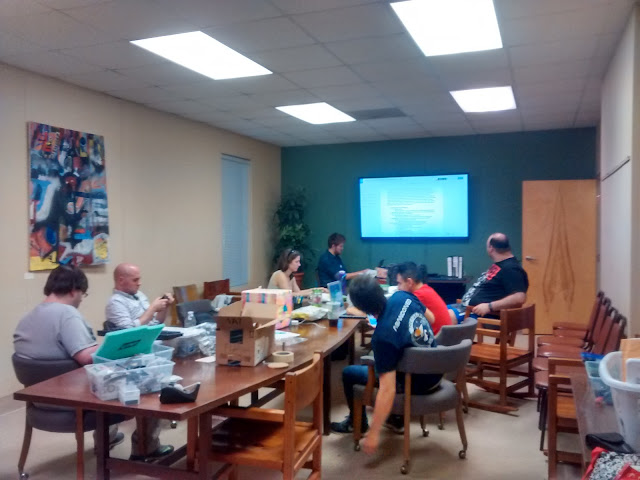 When we write reports and work on presentations we use Google Docs so that everyone can update at once and everything is being saved frequently. Even though this makes working online more efficient it is still nice to be able to shout across the table to someone to get the answer you need right away. This team is excellent at collaborating and asking questions that get the conversation going. 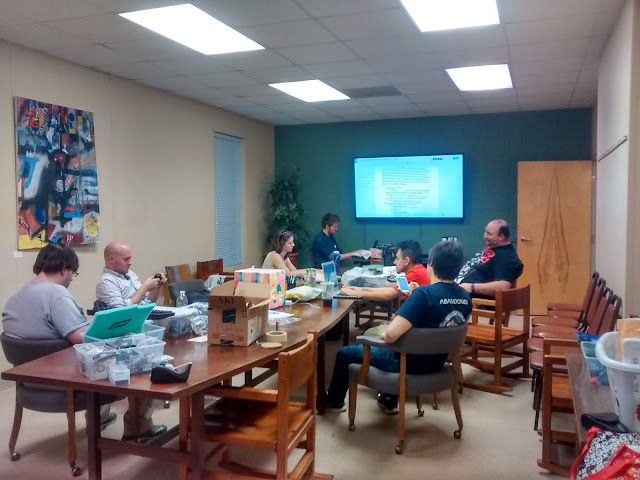 I feel like we've had to reign in our enthusiasm a bit for the PLAR because of the tight deadline and finals. Dan wanted to explain his new hull improvements, Naomi wanted to georeference the flight photos on a GIS, Erick has a script he'd like to write for the compass, Ryan has some complicated videos he wants to make, Jimmy wants to dig deeper into the data...I've had to tell them that we can do all of this for the blog and ourselves later but that we need to stick to the bounds of this report. That said, I keep catching them procrastinating for their finals by working on HAB stuff. Most students just watch a lot of Netflix.

A project like this can be addicting. Everyone has plans for our next launch!

* Once I used my Teacher Voice to break up a fight between two
Senior Citizens in a Bojangles. Do not underestimate how bossy I am.